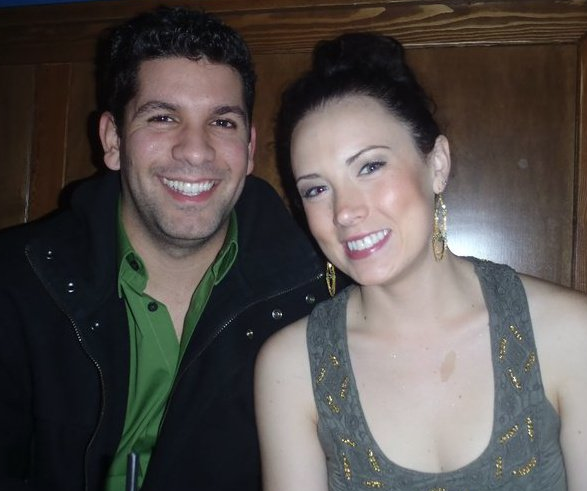 I used to know a girl named Kate. She laughed a lot, and sometimes it seemed like she was laughing for no reason.

Of course she had a reason, the rest of her friends just didn’t always know what it was.

I remember it being so peculiar that instead of being quietly amused at whatever popped into her head, she’d laugh out loud, giving way to giggling fits that would weaken her knees and take her breath away.

At first I’d react in an exasperated fashion. I’d lock eyes with another friend and we’d telepathically unify over a “here we go again” eye-roll. But as Kate wheezed, struggling to explain herself, and tears began to form in her eyes, we’d each join her. One by one a slow giggle became raucous snorting, and soon enough we’d all be laughing at a joke that existed inside Kate’s head, and compounding our laughter at the sight of how ridiculous each one of us looked and sounded.

Kate’s gone now. She’s been gone exactly four years, though I hadn’t seen her for some time before that.

While she was here, she lived a spectacular life. By all accounts it was a life filled with wonder, promise, joy, perseverance and love. I saw some of that from afar, as our friendship drifted into the milieu of social media relationships carried on by 20-somethings trying to make their way in the world. Even before she was gone, I saw her smiling face pop up up on my newsfeed in celebration of the engagement to the man of her dreams, and was instantly transported back to the times when all of us were just teenagers, trying to figure out what the hell Kate thought was so funny.

Now that I don’t have an opportunity to ask her, when the memory visits me I like to spend time guessing. Maybe one of us told a joke that she didn’t get right away. Maybe it was me. Maybe it was me for a different reason- like there was something in my teeth, or I pronounced a word incorrectly. Maybe it was just to get a rise out of all of us. Maybe she was like a joy teapot, diffusing laughter like it were steam.

The point of this letter is to tell you that you’re going to make lots of friends in this life, and most of them will only be with you for a season. The way you spend the different seasons of your life will dictate the type of people that you find yourself surrounded by, and what meaning comes from the moments that you spend together. Pay attention to the quirks and idiosyncracies of those around you. Cherish them. The thing you thought was strangely amusing at the time will be the thing you reflect on, and ultimately miss most when their season with you comes to pass.

With love, and unexplained laughter,