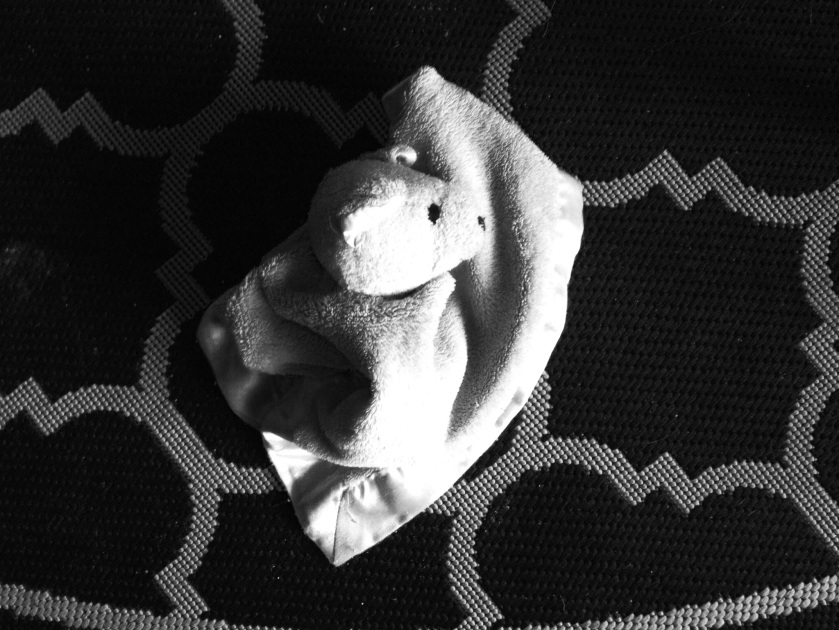 For as long as you have been alive you have maintained a stalwart companion. Through the better part of almost five years he has enjoyed a completely different standing from the other mere toys. He has been closer than your favorite dresses, captured your heart more than your most cherished shoes, and even caught more tears than your mother or myself. There are fewer nights you have spent without him than fingers on your left hand.  Through thick and thin, Sleepy Bear has been at your side.

You can imagine his shock last night, when for the first time ever you decided that you no longer needed him. Think of just what that does to a bear! How could he have been prepared? How could he have known that in all of the change associated with becoming a “big girl” there would be a day when you no longer required his furry head on your pillow? How could he fathom the notion that you could wander off to sleep without his silky fringe delicately resting between your finger tips? Everyone knows that kids change, but who would expect it to happen so suddenly? Is there really a right time for snuggle filled days and girlish kisses to end? Five years is not nearly enough, and fifty years would not be too much of this good thing.

I saw him last night, slightly stunned and starring into the reality that childhood’s days are numbered. For all the sweetness in holding the love of a little girl, the taste was tinged with a bitterness in seeing it slowly slip away, becoming something different and unknown. We faced the facts in solidarity, though in my heart I could not help but be overjoyed that it was him and not me. My days are still filled with smiling shouts the moment I walk in the door and endless requests for one more underdog on the swing. Each hug is born of the spontenaity of affection and there is no hint of disinterested ceremony in a kiss. To be the dad of a daughter like you is an amazing gift.

However, for Sleepy Bear things were changing. He was in a bad shape, unable to tell up from down and I couldn’t stand to see him that way. Something hit me and I saw him the way you must see him, as much more than a faded, furry bear head sewn to a graying blanket. It was not right to leave him laying in a cold heap on the floor. So I lent him a bit of real estate on my pillow. Good thing too, because when you ventured into our room at 5:00 am to catch a few more Z’s in our bed, you were sleepily elated to see him. It seems you two have few more nights left together after all. Though they may be numbered, in this moment that makes me very happy.