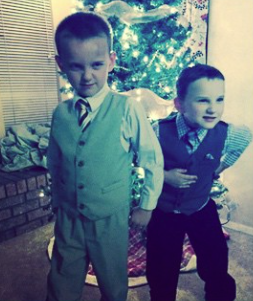 “It is one of the blessings of old friends that you can afford to be stupid with them.”

I’m 30, and the oddities, eccentricities, and immaturities inside me often feel like candles burning at the end of their wicks. By the time you read this- who knows? Maybe you won’t be able to believe that I was once like you. Maybe stories of my mischief won’t break throughout the vivid images you have of me lecturing you about grades, finances, common sense and that shit about how we’re not the same as your friends’ free-wheeling, go-ahead-and-spend-the-night-on-a-weekday parents.

I watched my father resent having to be serious for the sake of parenthood. My dad, the same man who thought The Flying Nun was real, and jumped off a haystack with an umbrella so he too could fly. The same man who stole his small town airport’s courtesy car every night and drove it until it was out of gas, That same man would ground me for weeks at a time for coming in five minutes after my curfew.

There always seemed to be a back-and-forth battle between the guy who would change lyrics to the songs that came on the radio to be extremely crude, or pick a candy bar up while we waited in the grocery store line, only to break it in half while still in the wrapper and put it back where it belonged, and the guy who worked 17 hours a day to make sure we could put food on a table that also had to have absolute quiet when he shared the space with us.

Unlike fatherhood, grandfatherhood has seemed to bring back the youthful devilishness in my father. He laughs at, and even encourages your odd behaviors- even telling me to calm down when I’m too serious about my attempts to corral you. It’s a hilarious role-reversal when I really think about it. Responsibility has become a necessary evil in my life as your parent, and I can only hope that the real me, the weird me, can come back when the time is right.

For now, I have to set your boundaries. I have a solemn duty to solemnity. I have to be a parent, like my dad was. My hope is that when you read this, you saw enough flashes of youthful oddity that you aren’t surprised when I tell you that I appreciate how weird you can be, because I’m weird too.