I don’t think we should “coexist”.

There’s a bumper sticker that’s on the back of a lot of cars these days (especially here in the Portland area) that depicts the word “coexist”, but, in substitution for the letters, various symbols are used. It began with a mix of symbols, some representing gender, others philosophy, and others religion. But, as time has passed, more and more of these symbols are being replaced by religious ones.

On the surface, this simply is telling religions, “don’t be rude to one another”, which I totally support. Respect is incredibly important, and should be showed as often as possible. But at the heart of this bumper sticker is an idea that I just can’t get behind. It’s the idea that “all roads lead to God” or that “what you believe is right for you and what I believe is right for me”. It’s the belief that all religions are created equal and are, therefore, equally true. It’s a popular idea, one that many people are getting behind.

And I find it outrageously rude.

There’s something that most people don’t understand about being devoutly religious: you don’t consider your religion an opinion. So many people out there consider religion an opinion or a lifestyle choice, and so when others say that their way is the “right” way, they think it’s rude or politically incorrect. They think you’re pushing your opinion on others when we should just allow people to have whatever opinion they want. And then follows the bumper stickers encouraging us all to just hold hands and sing around a campfire.

But, to those of us who are deeply committed to a religion, we see things significantly different. We do not see our faith as an opinion, we see our faith as fact. When someone suggests that our religion is “just as valid” as any other, that person has taken something that is of utter importance to us, something that we base our entire lives on, and condescended it down to the equivalent of what fast food we prefer. “Oh, you like Burger Jesus? That’s cool for you, but it gives me indigestion. I like Taco Allah. But both are cool, you know, whatever.”

If you want to respect someone, if you want to validate their beliefs, then sometimes you have to tell them that you think they’re wrong. It doesn’t have to be “you’re wrong and I think you’re ignorant” or “you’re wrong and obviously a terrible person”. It can simply be, “I think you are wrong, and I’d like to explain if you’re willing to converse.”

I can outright say that when I have someone of a different religion tell me, as a devout Christian, that they think what I believe is wrong because it contradicts what they believe, I feel far more respected and validated than if someone were to suggest that what I believe is “great for me”. That might as well be said with a gentle pat on the shoulder and be followed up by the word “kiddo” in a degrading and condescending tone.

It is more polite, more respectful, and more politically correct to understand that those devout in their faith consider that faith a fact. To suggest that their religion “coexist” with other religions is to suggest that what they believe is just not true. If you want to respect someone’s religious beliefs that don’t agree with your own, politely and honestly tell them that you disagree, respectfully offer conversation about the topic, and never, never, disregard the seriousness of their belief. Saying that their belief is equally valid with all other beliefs is the equivalent of invalidating all beliefs equally.

If we truly want to coexist, we need to understand that coexisting comes with disagreements. The vast majority of religions come with two precepts: there is a greater place than this one that all people should be a part of, and that their religion is the only way to get there. To tell them not to attempt to convert people is like telling them to let people suffer a horrible fate. It’s like gathering all oncologists and telling them “keep your healing to yourself, cancer is just as valid a way of staying alive as not having cancer.” In the eyes of the religious person, it’s not just disrespectful, it’s cruel. I hope none of you ever disrespect someone in that way.

P.S. – I approve of this bumper sticker: 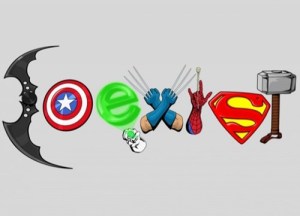