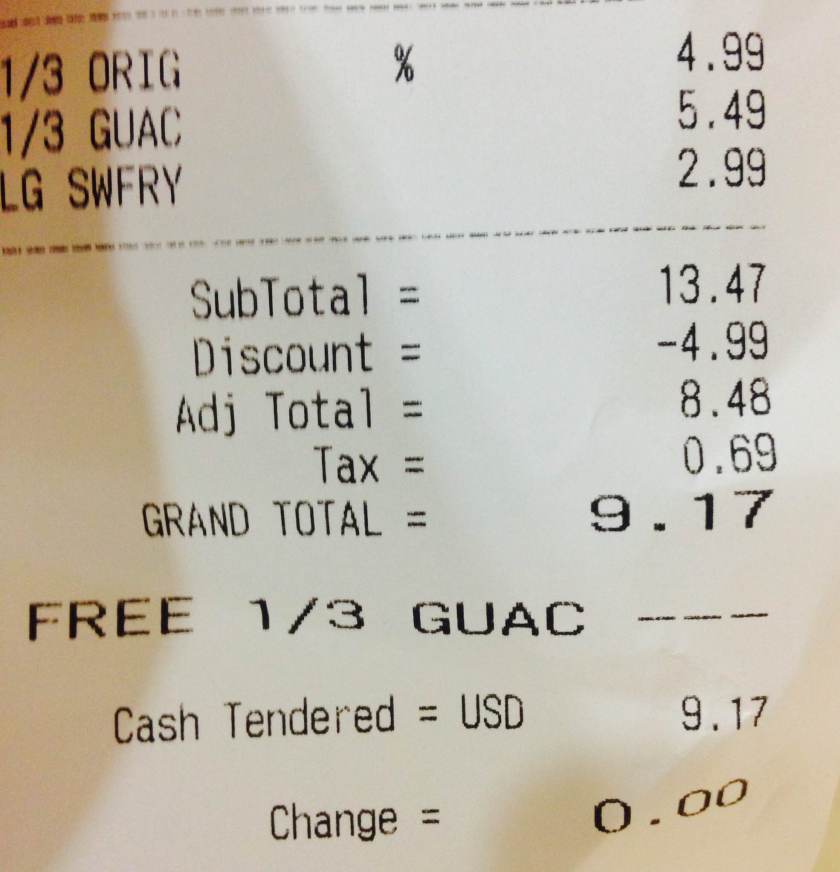 I want to tell you a short story about something we did tonight before I explain why we did it.

Your mother and I took two expired coupons to Carl’s Jr. Not only were they nine days past their expiration date, they had the stipulation that only one could be used per visit. She dropped me at the front door and pulled around to the drive-thru. The master plan was for both of us to order simultaneously, keeping the staff too busy to realize our collusion. It worked- not because our scheme was masterful, but because the cashier could not have cared less if we were there to rob the store, much less run a two-bit coupon scam. It was a tacky, yet thrilling way to save 35% on a quick meal (It felt like we were pulling a fast one on “Carl” himself), and it was one of the most “cheapskate” things your parents have ever done.

Life is expensive. I could go on for 5o pages about the appropriate emphasis we can and should place on money in our lives, but I loathe writing about financial matters. I loathe to even consider finances. I’d be happy to never think about the complexities of making ends meet ever again… but we keep making baby boys, and because of that, we have to be much more mindful of how we spend each dollar that we bring in.

Your mother and I don’t have expensive tastes, per se, but we are part of a cruddy generation that expected to have the same standard of living upon college graduation that it took our parents decades to acquire. We assume we deserve a brick oven pizza over a Hot n’ Ready, and that cable television is as essential as water or heat.  The truth is that we don’t deserve any luxury as much as we owe it to the three of you to be sensible enough to avoid the tensions and traps that exist in a house where finances, or the lack thereof, govern every interaction we have with each other.

As a family, we’ve made a goal to live a bit cheaper- and it won’t always be as entertaining as the great burger heist of 2014. Sometimes it’s going to mean denying ourselves, and you, something material that we previously might have purchased on impulse. Will a few sacrifices here and there mean we’ll be able to support you when you need it most, or when college comes around? Hopefully. More than that, I hope it will show you a solid example of what it looks like to consider the difference between being fulfilled and being gratified. At the very least, you’ll learn the proper way to swindle a food service professional.