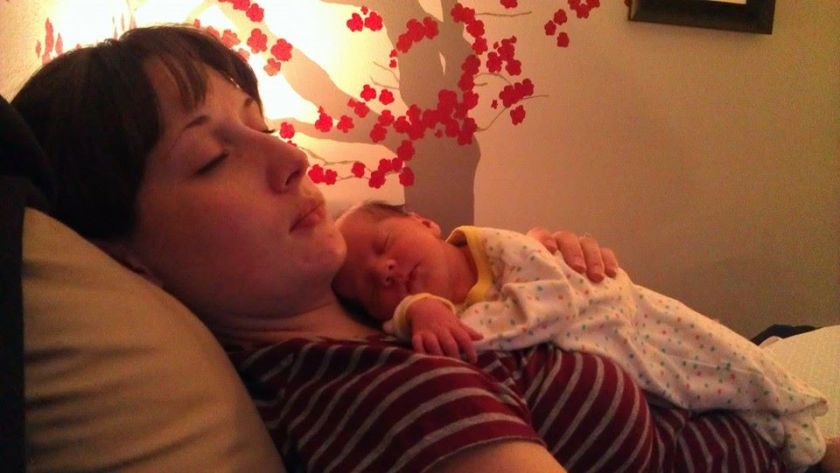 Young lady, you are grounded for life.

Your sister and brother give us the occasional scare. Hiding behind something while we’re in a store. Jumping from a high place. Your sister saying she doesn’t like Batman.

But those things are trivial compared to the stunt you pulled.

About two months ago, your ultrasound showed a bowel obstruction. There was concern, but not quite panic, and we were told that the doctors would like to keep an eye on it. As time passed, everything stayed status quo, and there was some hope that you may move past this. A second ultrasound showed that things hadn’t become worse, and that was very good news. We became more hopeful, we were encouraged by your progress, and things seemed to be going well.

Then your mom went to the third ultrasound.

I was at high school camp. I was at the tail end of a small group lesson when I got this text from your mother:

“Baby’s condition a lot worse. C-section moved up to Tuesday. I will call later…will cry too much to talk now.”

Tuesday. Four days. It suddenly loomed over every moment. Time no longer just passed, it ticked away, deteriorating faster than I could comprehend. Each second brought us closer to the time bomb that would be your birth.

The ultrasound had revealed that the blockage had doubled in size. There was a serious chance of a bowel rupture. You were to be delivered three and a half weeks early, but that was not the major concern.

You were absolutely going to need surgery, and likely just an hour after birth.

There were a lot of possibilities, some just fine, others…

It was a rough four days.

The day came, and we quietly made our way to the hospital. A palpable fear lingered as we awaited the C-section. The moment finally came, and you were born.

At first, we wondered if they took you into surgery without telling us, but after a while, a surgeon came in and told us that, thus far…you seemed fine. No signs of intestinal blockage, no signs of rupture, things really seemed normal.

But you weren’t out of the woods yet. You spent two nights in the NICU while they monitored you to see how you were doing. After two days, the general consensus came down to one thing:

You were born a completely healthy little girl. Before you even took your first breath, you had already given your mother and me a greater scare than anything your brother or sister had ever done combined. But I guess I can forgive you, because you did one other thing for us.

You are the most tangible proof of miracles that we have ever seen.

We literally had hundreds of people going to God on your behalf, Charlotte. Later, many would admit to us that they felt compelled to pray for more than just “wisdom for doctors” or “quick healing” as most prayers for things like this go. Many people felt the need to pray for perfect healing, for a miracle, and our Heavenly Father did exactly that.

Doctors were baffled. They ran tests and watched over you, waiting for some explanation, but none came. I never want to downplay the brilliance and capability of doctors, but your healing went even beyond their years of experience. I heard attempts like “maybe they just saw the umbilical cord overlapping the bowel” and “maybe they misread the ultrasound”, but reminders were given that the ultrasound was done by their own colleagues, some of the best prenatal doctors in the state.

It really all came down to one thing: it was a miracle.

I sit here now, resting because I have three healthy children, all under the age of four, and sweet fancy Moses, that wears a guy out. You are asleep atop your mom, resting in the security of her arms. I don’t know what the future holds, but right now, life is good.

I just want you to know that if you ever even come close to scaring your mother like that again, I will lock you in your room for eternity, Rapunzel style.