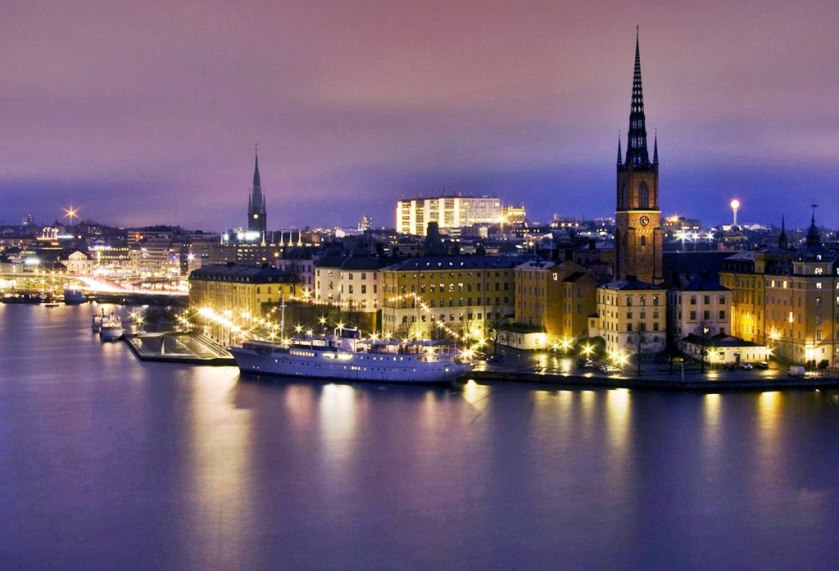 There are people who don’t have the desire to see and experience the world. These people are happy to stagnate in their little corner of the universe, slowly decaying in the comfort of their 5 mile radius. I’ll never understand the lack of craving to know parts of the world different from your own. It stinks not only of laziness but also a profound lack of imagination. I’ve known a few people like this in my life and they all have something in common. They are hyper-Jingoistic. AMERICA IS THE GREATEST COUNTRY IN THE WORLD! RONALD REAGAN TORE DOWN THE BERLIN WALL WITH HIS BARE HANDS AND THEN FLEW AWAY ON A BALD EAGLE WHILE PISSING FREEDOM DOWN UPON THE WORLD! ALL FRENCH PEOPLE ARE GAY! You catch my drift. There’s nothing wrong with being proud of your country and America certainly is great but please don’t listen to these people if you come across them in your life. They likely barely function above Neanderthal. Instead, take this quote from Maya Angelou to heart.

“Perhaps travel cannot prevent bigotry, but by demonstrating that all peoples cry, laugh, eat, worry, and die, it can introduce the idea that if we try and understand each other, we may even become friends.”

Having said this, I want to say that I’ve been extremely fortunate to travel the world. The perks of having family in Scandinavia, coupled with strong desire have allowed me experiences that will stick with me for the rest of my life. I’ve decided to compile a list of my five favorite places in the world. I promise that we will experience them together someday.

This is my absolute favorite city in the world. Metropolitan, clean, beautiful and hip all rolled into one. It is situated on 14 islands on the banks of Lake Malaren which runs into the Baltic Sea. The city is teeming with cafes, museums, and unreasonably clean parks. Also, beautiful, stylish people are spilling out of every corner of the city. If it was ever appropriate to gawk, this would be the city to do it in.

This is the most romantic place on Earth. I felt like a lovesick schoolgirl the whole two days I spent there in 2005 with your Grandpa. Venice is colorful to the point where it feels like colors have been dull and out of focus for your whole life. It is best explored without a map. I’ve never had so much fun getting lost.

Lush, rolling green hills and an endless amount of small towns and villages make up the north of France. We stayed in a town called Caen, which had a dilapidated castle from the William the Conqueror era. It’s also home to a Sunday market, which has been going strong since 1056. That’s not a typo. About 45 minutes away from Caen are the D-Day Beaches. These beaches are weighty on so many levels but I’d dare anyone not to be thunderstruck by the endless row of white crosses signifying the deaths of so many brave soldiers in World War Two.

I tagged along with your Mom on a business trip a couple years back. It was February and brutally cold. I spent two days by myself, walking every inch of the city and happily freezing my ass off. Historically, it’s hard to beat the city’s significance but it is also progressively modern. As an English nerd, I geeked out at the Shakespeare Museum and as a History buff, I nerded out at the Churchhill Museum. Also, the food scene is really good there as long as you stay away from English food.

I’m well aware that France made this list twice. This probably makes me both aggressively gay and Anti-American to the aforementioned people above. I was only here for a day when we made our way across the Swiss-French border but it is one of the most visually stunning places I’ve ever been. The city is situated around Lake Annecy with endless views of the French Alps. It seemed like the perfect balance between rich history, modern attractions and relaxed vibe.

In conclusion, let’s travel a little, then travel some more.