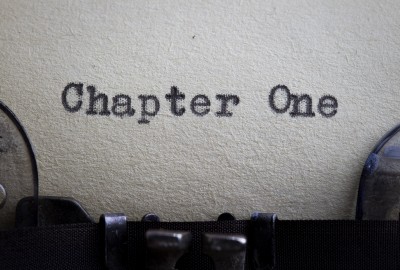 One of the last writing projects I did to finish out my Creative Writing degree was to complete a feature length screenplay for my 400 level Screenwriting class. I’d never written in that medium before but it was a liberating experience. There was none of the glitz and glamour of prose but that was precisely the point. Sharp, cutting dialogue had to be the heartbeat of the story and any description needed to be void of fluff. At first, this was especially tough for someone who fancied himself a writer of prose. The instinct to write beautifully, capable or incapable as I may have been, dominated how I approached any writing projects up to that point. So I trampled that instinct and I just wrote. Over a couple of months it turned into a properly formatted 120 page social satire called “Stutters”. It’s a movie about an inept kid named Walt Stutters living in lily white suburbia. Walt works as an orderly at a mental facility and becomes suddenly famous when he saves the life of a coworker from a crazed patient. It also has a lot of boner jokes in it. Anyways, It was likely a deeply flawed script but it was my deeply flawed script and I was going to hold onto it for dear life. “Stutters” was the accomplishment of my college days and it wasn’t just because I loved the story and had invested so much time into it. It was because I had finished it.

Fast forward a couple years later. One night while your Mom was away on business, I decided to read back through the script. I quickly realized how incomplete the story felt to me. For a few irrational minutes, I wanted to burn the story the story to the ground. I had made it a cinematic monument in my own mind, a piece of art that David O. Russell would want to direct someday when in actuality it was more like a pile of crap that John Woo or Michael Bay would love to film as long as I could write some explosions into the script. I regrouped and came to the conclusion that I still loved the bones of the story but the characters needed to be fleshed out. That night I started to turn the script into a book. For about 8 months, I wrote and I revised and I wrote some more. Eventually, I had 160 pages written. And then, inexplicably, I just stopped. I didn’t have a single reason to stop but I did have a whole lot of excuses.

Malin, you inspire me on so many levels. I want you to hold me in that same regard someday. Part of that is going to be setting an example through my words and my actions. What I’m telling you now is to, within reason, always finish what you start. Even when it’s tough and you don’t want to do it but especially when it’s something that you care deeply about. There will be hundreds of reasons to prioritize other things in your life that don’t challenge you. Even though I love writing and I love my story, it continues to be a cloud of unfinished business hanging over my head. So here’s my promise to you; I’m going to post the first page of my book to you in this letter. Tomorrow, I’m going to start on page 161. Then, someday soon, I’m going to read you the last page of the story. Thank you for being my inspiration.

Thousand Acres Mental Facility is a large, solitary stucco eyesore that eats up two acres of previously undisturbed land. It’s a hollow shell of a structure that exists in its own forlorn space. The facility is strategically placed about 15 miles from the nearest soulless suburban planned community. That way, if any of the whacks wasting away inside the stucco prison ever escaped, it would take one hell of a stroll to come into contact with the sane folk of Suburbia. The sane folk of Suburbia. An interesting notion that any of us are sane. We’re all a little fucked in our own way. Some of us are just diagnosed as being fucked while the rest of us hold onto the hope that we soon will be. I’m still waiting for my diagnosis, anything to explain the way I feel, the palpable unease of living in a world where Chaos walks unobstructed and wields a vengeful stick. But I digress.

To describe the inside of Thousand Acres as bleak is an understatement. It is sterile and colorless, with white linoleum floors and even whiter walls. It smells of despair and disinfectant, a scent that never ceases to turn my stomach. A constant, quiet murmur channels and weaves itself through the facility, occasionally replaced by an overhead page or bloodcurdling scream.

At the moment, I am standing in the corner of the building’s break room, within inches of the soda machine, clutching an ice-cold Pepsi. My orderly scrubs match my overall appearance. Disheveled, unkempt, whatever. My name is Walt Stutters and I am eighteen-years-old. Admittedly, I am not an eye pleasing guy. My face is a mixture of unevenness. My nose is large and slants slightly to the right. I have almond shaped eyes that mirror color of the sky; although it is important to note that they are the color of the sky when it is gray and overcast. My mouth is shaped so that it seems I have a perpetual frown and people are always telling me to cheer up.