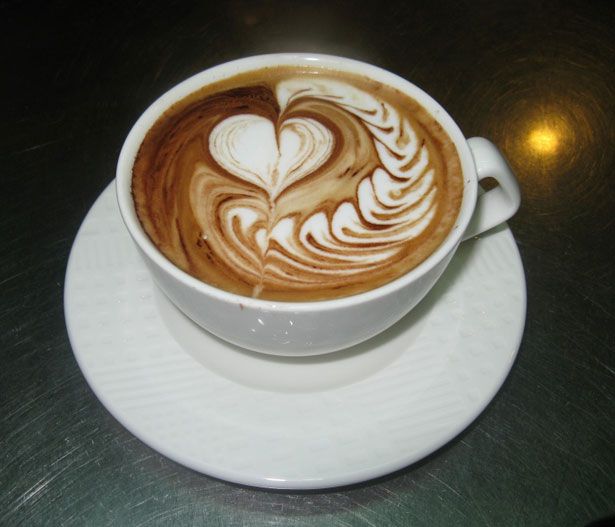 Life is full of simple pleasures.  They are great reminders that your journey doesn’t have to be an extravaganza to be enjoyed. Here’s an example; Today, I was walking down Westlake Ave. and a man in an expensive suit was animatedly talking on his cell phone. He was holding a briefcase in his other hand, haphazardly weaving in and out of the heavy foot traffic, clipping about every third person he walked past with his briefcase. He was oblivious to the glares he received from the aggrieved pedestrians, or worse, just didn’t seem to care. I watched him forge his little path of destruction for 3 more blocks and came to the conclusion that he was a first class dickhead. So great delight was had by all around him when he ignored that there was only 3 seconds left to get across the crosswalk and still made no effort to get across in time. A symphony of car horns greeted him and he threw up his briefcase arm in defiance. He lost control of the briefcase and it skidded across the ground a few feet. That’s when the car windows rolled down and the man was rightly told to “Get the f$#% out of the road!”. His mild comeuppance was a simple pleasure that I enjoyed with the cluster of other city walkers around me.

Enjoying simple pleasures shouldn’t make you adverse to also enjoying the more nuanced, sophisticated things in life. For instance, I hope you’re a Foodie(Fair Warning: Just don’t call yourself a Foodie because then people will hate you). I want you to be enthused by the thought of trying new and unusual foods. Seattle is a food lover’s dream and the best part is that it comes without all of the pretense associated with fine dining. This means you can dress like a Seattleite(vagrant) and still enjoy extreme culinary sophistication. I’ll be okay if you join the Cult of Tom Douglas or the Church of Ethan Stowell. In the same vein but on the opposite end of the pretense spectrum , you will like coffee and all of the self-importance associated with its culture. You will never say, “I just like a good, old-fashioned cup o’ jo.” No, you don’t just like that. What you like is a vanilla latte with just the right amount of buoyant foam. You also expect for there to be perfectly crafted foam art on each 16 oz. cup you sip while you sit in an uncomfortable chair, listening to breathy, woodsy folk-rock and inhale the collective body odor of the hipster nation that surrounds you.

There are a thousand other sophisticated things you’ll enjoy in your life. Music, travel, art, literature to name a few. These things shouldn’t make you less accessible to appreciate the simple pleasures. What they should do is complement one another. Your sophisticated interests will add depth to the person you become and appreciating the simple things will allow you to remain relatable and humble. Selfishly, I really hope we can share some of the more sophisticated interests. Sometimes I feel so alone contemplating the flavor mixture of a cranberry, banana pepper and pancetta pizza  or the toffee, nutty finish of a perfect vanilla latte. I share all of these things with your Mom and I know she enjoys them but she can’t bring herself to that level of douchebag. I’m asking you to at least consider being open to the idea of douchebaggery. I promise you we can have a weekly Daddy-Daughter date and quietly judge all of the people patronizing The Olive Garden. This letter has quickly become a train wreck.