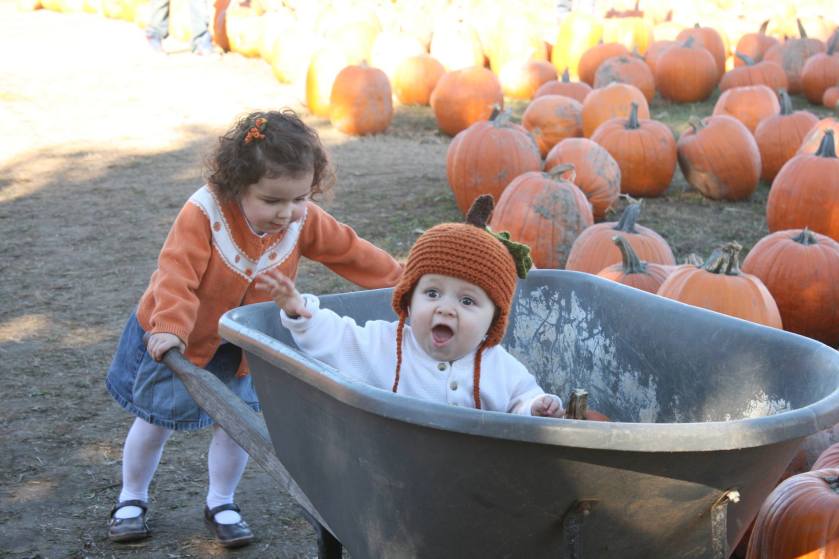 People love you guys right now. Seriously, you guys are like celebrities at church. I’m fairly certain that when we walk in the door on Sunday mornings, people greet your mom and me as if we are the gatekeepers to the land of adorability. Say hi, nod, then stroll into cheeks so pinchable you could scream.

Braxton, you’re just starting your separation anxiety stage, so this is met with a bit of trepidation. Thank goodness that we have Grandma, Grandpa, your Aunt Brooke, and Miss Aimee there that you’re comfortable with. Between them, you get plenty of face time being carried around the church.

Audrey Rae, you treat this like any celebrity would. You make mild attempts to casually return greetings, then you just go do something you find fun, which is usually playing the drums.

Unfortunately, this attention isn’t likely to fade any time soon, but it will change. Right now eyes are on you because you’re cute, but by the time you’ll be reading this, you’ll likely have eyes on you for a different reason: because you’re my children. Yes, someday you will earn the title “Pastor’s Kid”, colloquially referred to as “PK”, and everything that comes with it.

When I was in high school (about 150 years ago) some friends of mine were in a band called “Seraphim”. The two girls who were the lead singers also held the PK moniker, and wrote a song about it called “Fishbowl”. Thirteen years later, I still remember the chorus:

At the time, I didn’t quite comprehend the truth behind the song. Neither your Grammy nor your Tata are pastors, therefore I am not a pastors kid, so I have no experience here. It wasn’t until your mom began talking about her life in high school that I truly began to get an idea of the life of a PK.

I wouldn’t call it “judgment”, per se. But you will be, and may already be when you read this…well, the song said it best: scrutinized. It won’t be your fault, it won’t be something you’ve done or said, but the bottom line is that more will be expected from you, more faith, more involvement in church, better grades, better discipline, etc. Some people won’t say this aloud or show their scrutiny, but it will still be there. Others will talk. They’ll say things to each other like, “Audrey Rae isn’t trying out for the youth worship team this time? I figured she’d be more committed, being daughter of a pastor and all…(even though you just want to try something else for a while, maybe baseball or something)” “Braxton wasn’t at the last youth event? That boy needs to be more committed, his dad is a pastor! (even though you’ve been to every other one)” “I hear those Valdez kids are grounded right now. I would have thought better of them. (as if no other student has ever been grounded…)”

It sounds ridiculous, I know, but it happens. I won’t be able to stop it, but here’s what I will tell you: don’t try to live up to everyone else’s expectations. You will exhaust yourself with expectations if you try and live up to every one of them. You don’t always need to be on a worship team, you can skip a youth event if you’re just tired from a long day, you’re going to make mistakes, and you’re going to get grounded. Sometimes you won’t have the answer to the Bible question, sometimes you won’t want to pray aloud, sometimes you’ll just want to listen to secular music or watch Netflix.

I just want you guys to know that all of this is okay. I want what’s best for you, I really do, but I don’t expect you to be perfect. Heck, I don’t even think that perfection means that you’re involved in everything at the church and that you have straight A’s and that you never get in trouble. That’s just…weird. Perfection is Christ, and as long as you guys love Him, I will be as proud of you as I can ever be.

I love you both.