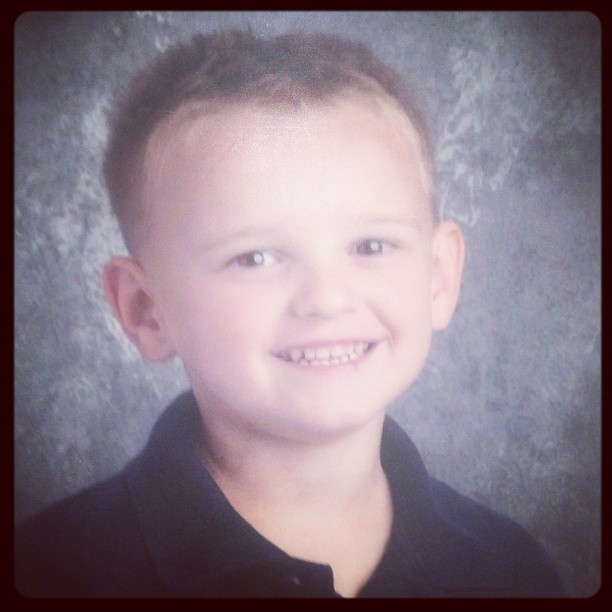 I wonder every single day if you’re tough enough. I mean, you’re five, so of course you aren’t at “peak toughness,” but intrinsically, is it within you to possess the amount of toughness you’ll need to get through hard times? Or do I need to add some callouses myself?

As your dad, I’m the guy who’s supposed to know in the heat of the boo-boo when to either give you a hug, or when to gruffly exclaim “walk it off.” I honestly don’t know what the right call is, so I mix it up. When you got stung by a scorpion the other day, I interrupted your screams of confusion and anger to sternly tell you that you need to be strong… then I stayed up all night long rubbing your back.

I think I fibbed a bit when I told you the next day that you were tough BECAUSE you got stung by a scorpion. Adversity happens to everyone, regardless of their tolerance for pain. Adversity CAN build character. It doesn’t always do that, but it will typically always reveal character.

“Toughness” is on my mind because for one of my jobs/hobbies, I cover high school football. Recently, I watched a game in which one of the coaches never let a single mistake by his team go without him personally lowering his gaze into their facemask, and emphatically screaming in the responsible party’s face. This coach has a reputation for towing the line when it comes to constructive/destructive practices, but it comes in the context of his attempt to get the most out of a group of young men. In this particular game I was watching, his team had a large lead, but mistake after mistake led to a loss, and the kids began to seem so afraid of facing the consequences of their mistakes, that they couldn’t focus on the task at hand. I had to ask myself if this “old school” process was all our generation’s parents have made it out to be. Do you really need to be broken down to be built back up? My hope is that you could play football for a coach like this if you had to, and take something positive from it. Would I choose it for you? Probably not. Will you ever actually even play football? Seems unlikely. Still, I’d hate to see you in a situation where a wayward attempt to strengthen you results in humiliation.

I watched a child get verbally humiliated once at the grocery store. He was in line with what seemed to be his mother and younger siblings when the clerk did that informal conversational thing where you mean to say “STOP REPRODUCING,” but instead it comes out “Got yer hands full, eh?” The mother looked panicked, pointed to the two youngest, and said “Um, no, just these two are mine.” The boy, who looked to be around 12, looked embarrassed. When the clerk walked away to price-check something, he turned to her said “Mom- did you just tell that lady I wasn’t yours? Why…?” She looked annoyed by his question, retorting “I look young. I don’t want her thinking I have a kid your age, she’ll think I’m a slut.” He teared up. She told him to toughen up. They left.

The look on that kid’s face was awful. I like to think that kind of adversity could result in something positive, but it likely just messed him up in some irreparable way. At best, he had no idea how to process it and grew up to blog about it or something.

There’s a a self-preservation cliché that goes “What doesn’t kill you makes you stronger.” It’s blatantly false, but at some level, a survivor’s mentality can come out of not being permanently beaten down by an unexpected adversity. I want you to be confident in your abilities, and humbled by both your privilege and mortality. I don’t want those qualities to come out of too many refining fires, but that’s something I have very little control over. What I have to be able to discern is the right time for me to start one of those fires that you have to walk through.

For now, as a kindergartener who is tough enough to take on a scorpion’s sting and not let it stop him from walking the entire zoo the next day, know that you’re plenty tough, and I’m proud of you.