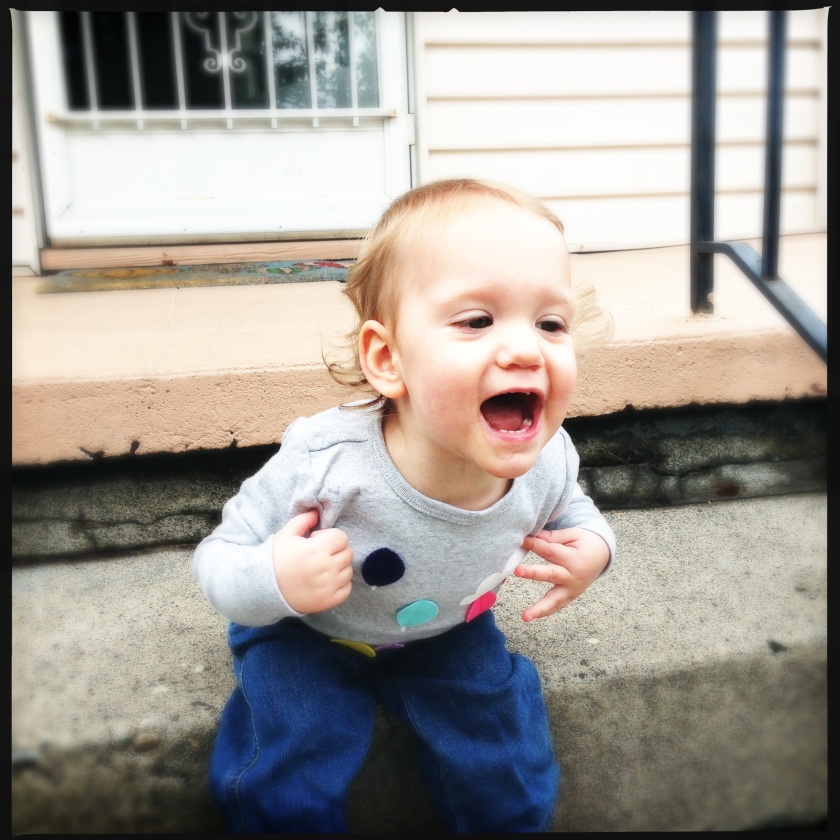 Today’s letter comes from Rebecca McCracken, who is (Gasp!) a GIRL!!! The mother of one and a half year old Emily can write a bit though, so temporarily excuse the shift in format to accommodate her skills. This is the second of a two-part letter (Read part 1 here)- we’ll post the rest later this week.

A resident of Portland, Oregon, Rebecca spends most of her time trying to keep her toddler not dead from dangerous games such as “Rip Kitty’s Tail Off” and “Climb the Baby Gate/Couch/Crib/Front Door Like a Monkey.” Rebecca could lie and say that in her free time she enjoys pretending to know how to cook, dabbling in photography and reading books about forensics, but really she can barely get off the couch and put on real people clothes. She definitely doesn’t want to go back to work or anything.

Part II: Where the feminist side of me teaches you to fight the man

Welcome to the second half of this letter, where you learn how difficult it is to be a female, even in this day and age (WE HAVE STAR TREK TECHNOLOGY NOW. THINGS SHOULD BE EQUAL BETWEEN THE SEXES).

So, this mother wrote a scathing letter to the female friends of her teenaged sons, essentially castigating them for posting pictures on Facebook that SHE deemed inappropriate (bolded emphasis mine):

I know your family would not be thrilled at the thought of my teenage boys seeing you only in your towel. Did you know that once a male sees you in a state of undress, he can’t ever un-see it? … If you want to stay friendly with the Hall men, you’ll have to keep your clothes on, and your posts decent … We hope to raise men with a strong moral compass, and men of integrity don’t linger over pictures of scantily clad high-school girls … Girls, it’s not too late! If you think you’ve made an on-line mistake … RUN to your accounts and take down anything that makes it easy for your male friends to imagine you naked in your bedroom.

I don’t even know where to start with this.

• First of all, your father and I will be teaching you about what is and isn’t appropriate to post on the Internet, privacy controls, and general digital responsibility. That being said, I know you’ll make mistakes, and that’s ok: we’ll deal with it.

• Second, as your mother, I don’t really want my teenaged daughter to have pictures of herself in a towel online, but, as a woman, I think a towel covers a hell of a lot more than, say, a bikini would. But that’s not my point. My point is this: You could be wearing a quilt over your entire person and teenaged boys will STILL think about what you look like naked. This mother may think they’re “men of integrity” but they’re also meat bags full of raging hormones; they will linger on your picture and they will DEFINITELY not be thinking about the lord. Short of killing them, nothing you do will make it harder for your male friends to imagine you naked.

• If someone sees your picture and thinks of you in a sexual way WHETHER YOU ARE COMPLETELY COVERED OR NOT, you are NOT responsible for what they think. Putting the responsibility on your shoulders for someone else’s thoughts is what leads to the mindset of “No kidding she got raped! Did you see what she was wearing?!” (FYI: It is your inalienable right as a human being to never, ever be raped. Period. It has nothing to do with your clothing, your makeup, your attitude or whatever other bullshit reason people come up with.)

• You’re going to be feeling things as you get older that are going to confuse, excite, and scare you. Navigating the sexual landscape that is adolescence and young adulthood is fraught with a lot of mixed messages and, frankly, lies. It’s my goal to help you embrace your femininity and sexuality in a healthy, positive way, and teach you how to have safe, responsible sex that doesn’t (emotionally) hurt you, the person you’re with, or anyone else. That is how I plan on raising you. Other parents might have other methods, and that’s fine. BUT:

• (This is a big BUT!) If ANYONE (especially an adult) ever tries to shame you for how you look or what you’re wearing or what you’re doing because THEY feel it’s sexual and/or inappropriate (like that woman), send them my way. You are OUR child and OUR responsibility, and your father and I plan to be involved parents. WE will make the call on whether or not something you’re doing requires action, not anyone else.

• You wouldn’t want to be friends with or date or marry the boys of that woman anyway. She will be THE WORST mother-in-law and will have her hand so far up her kids’ asses you’d think they were puppets. They will have received confusing messages their entire life about how sexuality is bad and dirty, and your sex life will suuuuuck. Also, they will never, ever leave her and will insist on living next door to her and you will be truly miserable all the days of your life. TRUST ME.

I know this is probably not easy for you to read. Acknowledging your mother is (gasp!) a sexually-active being is probably making you squirm. But there are going to be so many messages coming your way (Abstinence! Religious nonsense! Misogynistic beliefs! Double standards!), and it’s my responsibility to help guide you down the path of truth. Your father and I believe with all our hearts that you are wonderfully made, and all I want is for you to believe that, too.