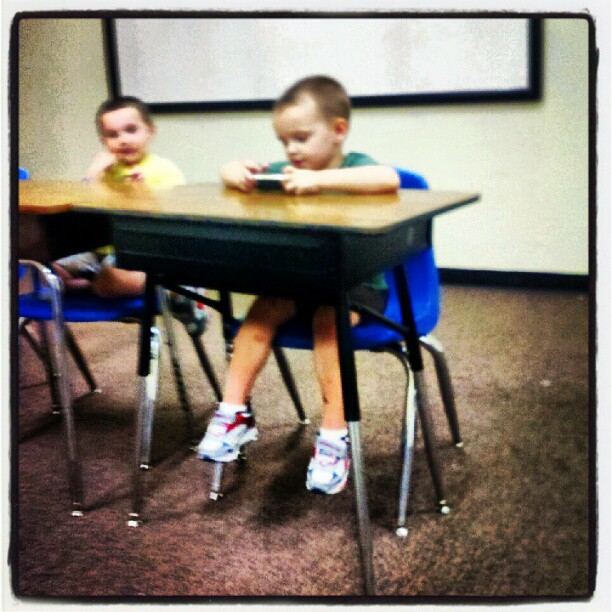 Having wronged them for centuries, we had better, in order to protect our civilization, follow it up by one more wrong and wipe these untamed and untamable creatures from the face of the earth. In this lies future safety for our settlers and the soldiers who are under incompetent commands. Otherwise, we may expect future years to be as full of trouble with the redskins as those have been in the past.

L. Frank Baum in 1891, writing about eradicating the Native American population. We know Baum better for his later work- as the author of The Wizard of Oz.

I’m watching the final presidential debate between two minority candidates (one religious, the other racial) and marveling at the progress America has made toward equality in the last 50 years. Racism, and moreover, prejudice is still, and will always be an issue, but we live in a special time of open-minded cooperation- especially relative to the not-so-distant past.

Every so often you’ll hear the news report that an old white guy said something insensitive. They’ll report it as a national tragedy, and we’ll treat it as a prejudicial “coming out party,” thinking ridiculous thoughts like “I can’t believe that person’s been racist this whole time and we never knew!” Just this week, legendary comedic actor Chevy Chase used a racially insensitive term in a joking protest over how racist his character was being portrayed in a television show he stars in. It was reported by the media as “Chevy Chase’s racist rant.” Misleading- but hey, It got my attention.

The national media rings the race bell because it gets people’s attention, and because we find that sort of talk interesting. The truth is, there’s nothing interesting or gossip-worthy about real racism and prejudice. Despite what people might want to say or believe, it still exists in large amounts, and is generationally repackaged as well-intentioned isolationism. “We’ll stick to our kind and you stick to yours” is the new “move to the back of the bus,” only in this day and age, it’s not just the majority that’s guilty.

Before I go on, let me advise you both to not get lost in the maze that is “universal tolerance” either. You are free to disagree with someones customs or lifestyle choices, but if those disagreements ever for an instant supplant your own security in who you are, you’ve lost focus. Worry about yourselves first, second and third. Concern yourselves with the perceived shortcomings of others as little as humanly possible.

Prejudice rears it’s head today in a myriad of forms. Ignorant prejudice is excusable to a point. My old roommate used to call me ignorant and “borderline racist” for arguing with him about whether “black” was a skin color, nationality or a race. He would often say things like “Sammy Sosa isn’t black, he’s Cuban.” I’d follow with “Then you’re not black, you’re American.” While I feel like I had a point, he felt like I was too unfamiliar with the subject of “being a black person” to realize how racist I sounded. He may have been right, I don’t know.

Willfully ignorant prejudice is another beast altogether. One of the more pivotal moments in my young adult life came in the form of a conversation about race I had with a friend who I loved like family. We were traveling, and after hours of searching for a public shower so we could avoid smelling like hobos, we found one with individual stalls in an outdoor park/campground area. It was occupied, so we patiently waited for it to open up. When it did, two adolescent Latino boys stepped out. My traveling partner suddenly changed their mind, and when I asked why, they were initially resistant, but then admitted that they did not believe it to be wise to use the same shower as a Hispanic person. We sparred about this verbally, and nearly physically, for an hour. I did everything I could to “cure” this perspective- everything from introducing scientific data regarding DNA similarity, to the standard “don’t be an idiot.” Nothing worked. The only argument they presented was “It’s a hygiene thing, and it makes me uncomfortable.” There’s no sound argument against discomfort. Needless to say, we found alternate showers, but the stench of that conversation never left our relationship.

Generational ignorance is perhaps the most common form of prejudice. You’ll have some interesting views on the world, and that’s gonna be my fault. I can only hope that I spur a curiosity in both of you that keeps you from accepting my perspectives as absolute truth. Growing up, I had a group of friends that all lived in my neighborhood. We did everything together, and by everything, I mean played basketball 6 hours a day on weekdays, and 12 on weekends. Every once and a while it would rain, and we’d be forced indoors to play board games and engage in conversations that didn’t involve who the best Center in the NBA was. Sometimes our (and by “our” I mean “our parents”) personal views would come out. I was shocked to learn once that one person didn’t believe that interracial marriage was Biblically sanctioned. I wanted to argue, but even so, I would have only been arguing with their parents. It hurt most because my dad is from Miles City, Montana- up near the Northern Cheyenne Indian reservation. We still have family on the res. What I heard when my friends said this, wasn’t that interracial unions are wrong, it was that my very existence was Biblically frowned upon.

Perhaps the most dangerous form of prejudice is spiteful ignorance. It’s an evangelical form of, if not hate, strong dislike of a group of people or way of life. People want to say racism is dead and over because they don’t see the KKK allowed to freely parade around. It’s become uncool to make our grievances entirely about race or country of origin, so it’s masked now. We all know race isn’t about skin color alone anyway, it’s also about cultural archetypes and stereotypes. We throw our own to the wolves when they don’t live up to our cultural expectations. A white kid with a sideways hat? Criticized for “acting black.” The follow up question that’s rarely ever asked- “What’s wrong with acting black, and how do they collectively act, exactly?” A Cherokee kid who wants to leave the reservation, go to college, and make their own way? “Abandoner, acting like the enemy, no respect for heritage or culture.” Anyone who isn’t Latino, but drops their pride to take a minimum wage gig that involves manual labor? “Those jobs aren’t for people like us.”

We find a way to spread prejudice by embracing all the benefits of a heterogeneous society, but hoping none of their “otherness” rubs off on us. As the brilliant Donald Glover’s rap persona, Childish Gambino puts it “You’re not not racist ’cause The Wire is in your NetFlix Queue.”