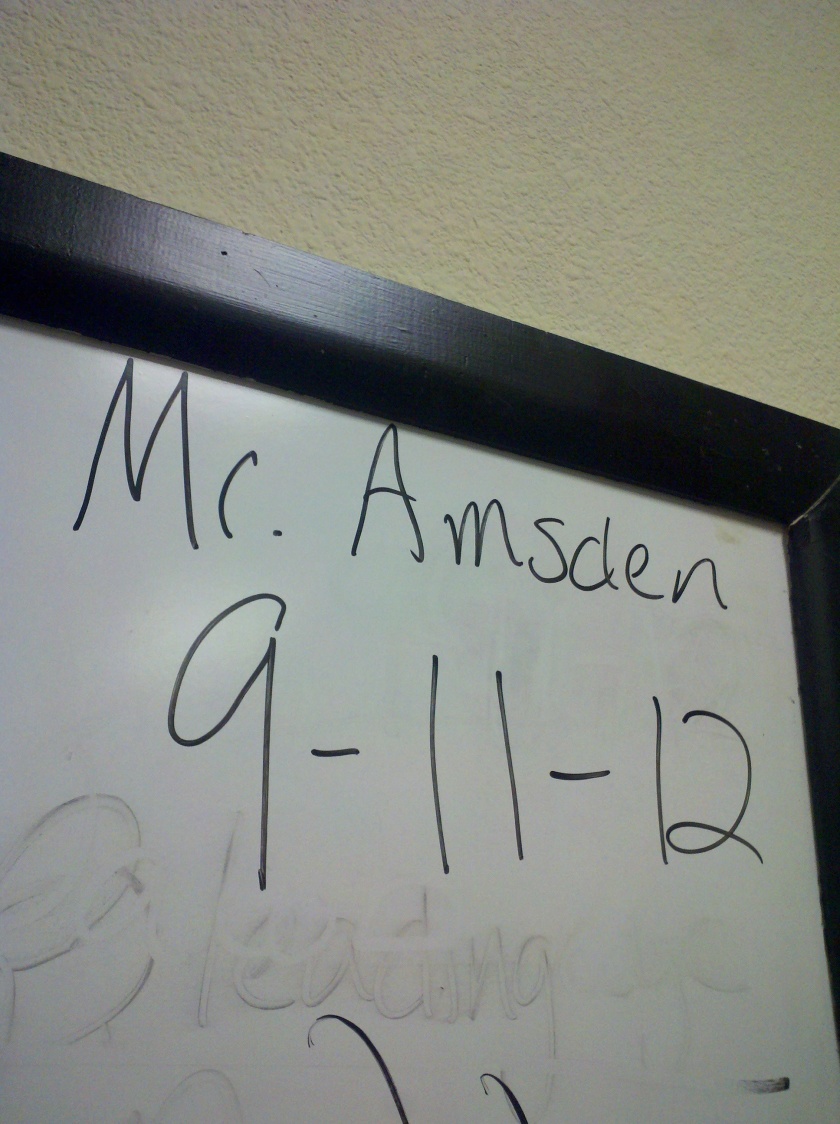 Today I stood in front of the 7th graders that I teach and apologized. I owe you both the same apology.

Every year, those of us who were old enough to recollect the events of Tuesday, September 11th, 2001, do so involuntarily. We replay where we were at, who we were with, and our actions in the immediate aftermath. Someday, when you’re ready, I’ll share my experience as a confused 17 year old when the planes hit the towers. Your mother can talk to you about visiting ground zero as it was still a smoldering pile of rubble being excavated by weary patriots. I imagine, and hope, this discussion is still a ways off.

More and more, I cease to recollect the day we’ve come to simply call 9/11, and I increasingly think on what the days, weeks, months and years were like before everything changed. I guess that’s what I’m sorry for- you never got to see the way things were before. This new world, and new way, is your normal. It’s all you’ll know.

You’ve never been without the boogeyman we call “terrorists.” Nameless, faceless “others” who want nothing more than our demise, even if it means their own. Irrational, unmistakable evil that can be anywhere at any time.

You’ve never been in a political climate without the accusations that those who seek to represent our best interests don’t have an interest in keeping us “safe” as a wedge issue to keep the opposing party from being elected. From here on out, opponents will tell you that your vote shouldn’t be about what’s in your best interest, but instead, your vote may contribute to your own execution, or the execution of others, by evildoers. A vote for the opposition is a vote for terrorism.

I wish you knew what it was like before all this. To go through a September without solemn introspection. To board an airplane without fighting the urge to stereotype a middle-eastern looking man, and then swallowing guilt for the failure to do so. To think of America’s greatest city without thinking of America’s greatest scar.

Yet you can’t experience any of that. I can’t either, but at least I remember the difference, and the sweetness of a pre-9/11 landscape. I wish you knew that this wasn’t always the way it is, to at least give you the glimmer of hope that this won’t always be the way things are– but you don’t know.